The ketogenic diet brain health benefits are many. A keto diet has been shown to improve epilepsy, autism, brain tumors, anxiety, Alzheimer’s, and more!

Ketogenic diet brain health benefits have been known for a long time. Once a popular diet by many to improve brain health, keto diets went off of the radar when pharmaceutical companies developed “cure-all” drugs to combat the negative effects of brain difficulties. However, recent trends for holistic natural remedies have ketogenic diets back on the rise.

A large number of experts degraded ketogenic diets in the face of the widespread development of anti-seizure drugs and other drugs to help patients with brain disorders. Despite this, one epileptic boy’s story, a 20-month-year-old toddler, made the switch to a ketogenic diet in the wake of looking for an alternative to the drugs that doctors were trying to prescribe. After only a few short days, the boy’s seizures disappeared and never returned. A foundation, The Charlie Foundation, was formed in honor of the boy’s recovery

Below is a detailed description of what a ketogenic diet is, how it works internally, and what it can do to make you feeling better. Ketogenic diet brain health benefits can be useful in treating many brain related illnesses.

What exactly is a ketogenic diet?

A ketogenic diet, is one devoid of carbs or involves a low carb diet. Ketogenic diets are based on the consumption of healthy plant and animal fats. This way of eating is often referred to as a keto diet. Consumption of ketogenic diet foods develop ketone bodies through a process called ketosis. Ketones provide a much more safe and efficient energy source than their carbohydrate counterparts, especially better than sugar (glucose).

What does a ketogenic diet cure?

How does a ketogenic diet work internally?

Let us use the analogy of a car, for example. Say you have a sports car that requires premium gasoline, but you only put regular gas in because it’s cheaper. Will the car function? Yes, but it will not operate at its optimal performance and in fact the engine life will not be as long with prolonged use of regular gasoline versus premium gasoline.

Our bodies work similar to the car analogy. Sugar (glucose) can be seen as regular gasoline and fats can be seen as premium gasoline. Our bodies are built to run on ketones generated by a high fat diet, but more often than not we are willing to put in glucose because its cheaper and often requires less effort to consume.

When ketosis is able to go full cycle on a no or very low carb diet, ketone genesis begins. This in turn provides energy to the mitochondria of the cells which can provide long term, stable energy. Ketones “burn” more efficiently in the body which means that less consumption yields higher energy yields compared to using sugar as energy. Ketones also stimulate the production of GABA, a major inhibitory brain chemical.

How does burning fat as an energy source differ from burning sugar?

Sugar needs to be processed first by the cell before it can be used by the mitochondria to create energy. Contrary, fats can be used directly by the cell’s mitochondria without having to process it first. This removes a middle step and allows for the maximum amount of fuel to be used. On a more positive note, by burning fats instead of sugars and carbohydrates the toxic load of the cell is reduced and inflammatory energy-end products are decreased leaving the cells less toxic.

Ketones are used by the body for recovery and serve as a cleaner burning fuel for the body. Although many experts disregard the ketogenic diet, a high carbohydrate diet reduces the production of ketone bodies and in turn puts more wear and tear on our bodies. We are also losing the health benefits, primarily brain recoveries, by not incorporating higher fat yields and lower carbohydrate intakes. Make the switch to a ketogenic diet and start experiencing ketogenic diet brain health benefits today! 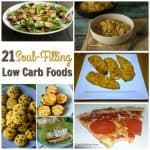 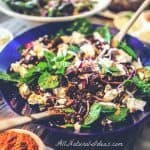