1. Reap the benefits of acetic acid

The main active component in vinegar is acetic acid. Studies have shown that the acetic acid in apple cider vinegar can be used as a disinfectant in household cleaning and it may be useful as an antimicrobial for wounds. Hippocrates, the father of modern medicine, was known to recommend using vinegar for treating open sores of the skin. There is strong evidence that the main component of vinegar, acetic acid, can kill bacteria and/or prevent them from growing to harmful amounts.

Recent studies also suggest that apple cider vinegar may have anti-cancer properties. Acetic acid forms acetate ions in the stomach, which may have direct anti-tumor effects. Although acetic acid is the primary reason for a number of health benefits seen from apple cider vinegar, it likely acts along with other components in vinegar to achieve these effects.

Although high blood sugar is normally associated with people who have diabetes, high blood sugar can be the culprit behind accelerated aging and chronic diseases in other non-diabetic patients. Therefore, apple cider vinegar can be used to benefit a slew of people. During consumption of food, after eating a meal, or even taking before bed, research and studies have shown that apple cider vinegar reduced blood sugar and improved insulin sensitivity.

Apple cider vinegar has been proven with studies on humans to reduce fat. How can vinegar translate to weight loss? Simple. Vinegar in general, inclusive of apple cider vinegar, promotes lowering blood sugars and insulin levels.

To get the most out of apple cider vinegar, you’ll want to use the unfiltered kind like Bragg’s because the cloudy sediment made during the fermentation process remains and has known benefits. This sediment is called “mother of vinegar” which contains proteins, enzymes and good bacteria that promote digestion and overall wellness. 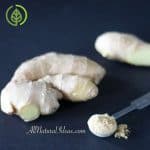