It’s important to eat a variety of vegetables on any diet. I’ve been following a low carb diet so I look for vegetables that are the lowest in carbs.

According to this list, spinach is one of the lowest carb vegetables. But, is it high in nutritional value? Let’s look at some of the spinach benefits.

There are many spinach benefits so you’ll want this tasty low carb vegetable to be a regular in your diet. Let’s take a look at a few of health benefits you get from eating spinach.

Due to it’s high content of vitamin K and magnesium, spinach is often recommended for bone health. A cup of spinach also has a whopping 987% RDA of vitamin k and 39% RDA magnesium. It’s been shown that low levels of vitamin K can lead to bone fractures as stated here. It’s also been shown that adequate magnesium can help prevent osteoporosis as concluded in this study.

There’s a good amount of vitamin A in spinach. This nutrient is essential for sebum production in your hair. Sebum keeps your hair moisturized so vitamin A helps keep your hair shiny! The vitamin C in spinach is important for collagen production and maintenance. Collagen is provides structure to both hair and skin!

Some of the other spinach benefits include cancer prevention, asthma prevention, lowering blood pressure, improved heart health, and healthier eyes. It’s also a good source of vitamin B9.

So go grab yourself some of this amazing low carb vegetable. Need some inspiring ways to consume spinach? Here’s a collection of 59 scrumptious spinach recipes!

Low-Carb Spinach Salad with Bacon and Feta at Kalyns Kitchen

Spinach Souffle Stuffed Mushrooms at What A Girl Eats

Warm Cheesy Spinach Dip with Bacon at Its Yummi

Homemade Spinach and Artichoke Dip without Mayo at The Rising Spoon

Spinach Avocado Soup with Salsa Verde at Turnip The Oven

Healthy Egg Muffin Cups at Show Me The Yummy

Spinach Fontina Veggie Omelette at My Wife Can Cook

Persian Spinach and Eggs Nargesi at Unicorns In The Kitchen

Eggstreme Satisfaction: Spinach & Scallion Shakshuka at Spice In The City

Spinach and Cheese Stuffed Chicken Breasts at Love and Cilantro

Chicken with Spinach and Tomato at Low Carb Yum

Spinach Carbonara at Ditch The Carbs

Spinach Artichoke Portabella Quiches at All Day I Dream About Food 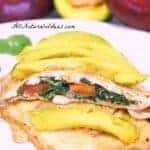 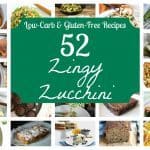 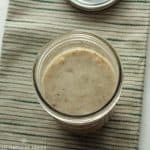