Emu oil benefits include healing and beautifying skin. For thousands of years, aboriginal tribes throughout Australia used emu oil for not only skincare, but for many different therapeutic uses. Nowadays, it’s an ever-increasingly popular natural health remedy.

Emus are strange birds. They are flightless. And not really cute. In fact, some might say they’re ugly.

Native to Australia and the country’s defacto national bird, these close cousins to ostriches are the second-largest bird on the planet. Equally as awkward-looking as ostriches, emus can grow up to 6 feet tall.

Emus share a remarkable trait with another large, flightless creature….

Similar to camels, they can go days without water. In fact, they can just live off their fat stores for almost two months. (Talk about going into ketosis!) This is an essential Darwinian trait if you want to survive the harsh conditions of the Australian outback.

The fat from these whimsical creatures is very nutrient dense. Speaking of the fat from emus….

What is emu oil?

Now you know that emus are large birds from Australia that are similar to ostriches. But where does emu oil come from? From the flightless birds’ fat.

The aboriginal peoples of Australia used emu oil for tens of thousands of years before European settlement of the continent began. Traditionally, aboriginals used it as a topical medicine. They also consumed emu meat and oil for nutrition.

Emu oil is rich in omega 3, 6 and 9 fatty acids. The best emu oil (see below) is also rich in vitamin K2, which is a nutrient many people don’t get enough of. (Combining vitamin K2 and D3 is considered very effective for fighting inflammation, building bones and improving mood.)

Also, emu oil has vitamin E (which is known to help improve skin) and antioxidants.

Most of the fat in emu oil is the omega 9 fat called oleic acid. Roughly 40% of emu oil is comprised of oleic acid. Oleic acid is the main fatty acid in olive oil. In fact, depending on the variety, olive oil can contain over 80% oleic acid.

One of the reasons why the Mediterranean Diet is considered so healthy is because olive oil is a staple. The oleic acid in olive oil has been shown in some studies to prevent cancer. It may also help reduce cholesterol in the blood. In addition, consuming the Goldilocks zone (not too much, not too little) amount of oleic acid is associated with with with reduced risks of heart disease, diabetes, obesity, and high blood pressure.

How do you use emu oil?

You can take it in capsule or liquid form (and swallow it). You can also apply it directly to your skin. In fact, if you did find yourself wounded by an emu’s razor-sharp claws, the best thing to heal your skin would be emu oil.

What is the best emu oil?

Look for a pure emo oil brand. You’ll know the oil is pure if the manufacturer uses oil from pasture-raised birds. Also, the birds should not be fed GMOs or given antibiotics, growth hormone, vaccinations, or pesticides.

Now that you know a little about emu oil, let’s take a look at what the research has to say about it….

Emu oil benefits for skin and acne and more….

If you have acne, there’s no one study that proves emu can cure it. However, other studies suggest that because it fights inflammation and red, patchy spots on skin, it may help clear up acne breakouts.

Many people who are into natural remedies are aware of emu oil benefits for skin. Fewer, though, are probably aware of its ability to improve chronic diseases.

Take arthritis for example. Arthritis is characterized by inflammation in the joints. This study offers some evidence that the oil prevents chronic inflammation in rats. In the study the emu based oil was applied to the skin (with a skin penetration enhancer).

Despite the fact that emu in this study shows promise for treating arthritis, the study contains some concerns. First, the strength of the oil can vary widely from one brand to the next. Second, the oil might not be as strong if it’s exposed to heat or light or if it sits around at room temperature for a long time.

Therefore, studies on the oil need to have better controls, say the researchers. However, one silver lining for using emu oil for arthritis. And that is that the researchers did not observe any negative side effects.

Curcumin and emu based oil together may be a potent anti-arthritis natural remedy. Or so suggests this preliminary research.

It turns out that the oil makes curcumin more bioavailable. That means you can absorb more of it. This, in turn, leads to great anti-inflammatory activity.  “The combination of emu oil with curcumin will be a promising approach for the treatment of arthritis,” concludes the researchers.

This study has surprising results. It tests mice with burns on the back of their necks. The mice treated with emu healed more slowly. Plus, the inflammation lasted longer in this group.

How can this be if emu oil supposedly is good for wound healing? Certainly, the aborigines of Australia wouldn’t have used it if it didn’t work…. Well, it turns out that despite the slow healing time and inflammation lasting longer, the mice treated with the oil fared better.

Why? The emu-treated mice, which received topical emu twice a day, eventually had better collagen formation. Plus, the number of their hair follicles increased through time. In addition, the hair follicles grew back in several layers and seemed to be more active and mature.

Seborrheic dermatitis is a skin disease. Emu, say the researchers, is a potentially useful remedy for improving itching, patchy, red skin and scales. (Although, this study says emu isn’t as beneficial for this condition as hydrocortisone. Nonetheless, for those who want an all-natural remedy for skin conditions, emu may help.)

Researchers sought to find out if the effects of emu oil on the areolas soon after birth warranted its use. The study involves 70 breastfeeding mothers. They were treated with a cream containing emu. The results show emu based oil is effective in improving the layers of the corona around the areola.

Again, the focus of this article won’t be as much on emu oil benefits for skin. A couple research studies in this article prove that it can help with certain skin conditions. However, what’s less common knowledge is emu’s potential treatment of autoimmune disorders.

For example, this study suggests the oil may help people with Crohn’s disease. Crohn’s is a common inflammatory condition. People with Crohn’s have ulcers and other digestive disturbances in the upper gastrointestinal tract.

And this study also supports using emu for digestive issues. In fact, says the research, emu has helps protect against a side effect of chemotherapy. And that side effect is a deterioration of the gut lining.

Thus, emu based oil, say the researchers can repair the intestinal lining. “Emu Oil could therefore form the basis of an adjunct to conventional treatment approaches for inflammatory disorders affecting the gastrointestinal system,” concludes the study authors.

And if you’re interested in learning how emu benefits skin, this research article explains how.

Because emu oil is highly absorbent, penetrates deeply and is very nutritious, it may help regrow hair.

Emu oil, adds the researchers, helps reduce skin irritation. And because it does so, people who take the drug are more likely to continue using it.

Is Emu Oil The Best Oil?

For fighting inflammation, emu oil might be one of the best. However, you might not want to only consume and/or use emu oil at the expense of other options. You may want to incorporate other healthy oils such as olive, coconut, walnut, and avocado, in moderation.

Where to buy emu oil?

As with any other supplement, you can buy it online. If you have acne, there’s a product on Amazon EmuAid.

According to ConsumerLab.com, back in 2013, a recall was issued for one brand selling the oil. The FDA issued a warning letter to Emu Products & Management, Inc. after a review of the company’s website found statements that promoted the dietary supplements Multi-Omega Gel Caps, Recovery Gel Caps, ARP Gel Caps and the topical skin products Extreme Cryo Gel, F.A.C.E. Doctor, Skin Doctor, and Pure Emu Oil products as drugs. That’s a big no-no to the FDA.

Are there side effects from emu oil?

There are no side effects you should really be worried about. However, don’t put the oil directly on skin that has been exposed to poison ivy or oak. Doing so may delay healing. 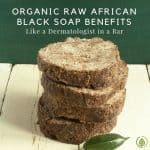 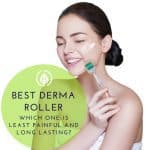 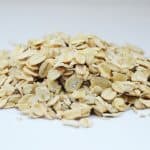 How to Use a DIY Oatmeal Mask for Acne