Is there a magical gray hair pill? Some natural remedies for gray hair based on traditional Chinese medicine may be worth a try.

One of the tell-tale signs that you’re getting older is graying hair. Graying hair can make some people feel less confident.

Whether consciously or subconsciously, in an image-driven society, ageism is sometimes a factor when it comes to getting hired for a job. Let’s say you’re in your 40s or 50s. You have a head full of gray hair and another person your age has a full head of dark hair. It’s possible you may lose out on the job, even if you’re just as qualified.

Some people look great with gray hair. George Clooney comes to mind. “Dignified” is the adjective used to describe his salty hair. But Clooney is an exception. Plus, he’s a male. Men tend to be able to wear the “dignified” graying hair label easier than women, as a generality.

So what can you do if you’ve gone gray? Is there a natural gray hair pill that you can take? Do natural remedies for gray hair actually work?

Approximately 1000 years ago, a Chinese man from Hebei Province, Mr. He, was 58 years old. It’s said that he was unable to father a child. And, he looked a bit old and weathered.

A monk advised Mr. He to eat a herb. Soon after, Mr. He was able to father several children. And get this: his hair supposedly turned from gray to black. Extra anti-aging bonus: his vision improved and Mr. He, again, as legend has it, lived a healthy, vigorous life until well past 100.

The legendary herb, which is available in pill form and powder, became known, in honor of Mr. He, as “He Shou Wu,” which translated means “Mr. He’s hair is black.”

Though studies supporting the anti-graying effectiveness of He Shou Wu are virtually non-existent, there are several studies on this ancient traditional Chinese medicine (TCM) herb that support its use in other anti-aging uses, including hair growth. So, it may not be one of the proven natural remedies for gray hair, but it has other confirmed benefits.

He Shou Wu is an adaptogenic herb, and has been proven in Chinese medicine studies to improve the condition of alopecia. Also known by its latin botanical name, Polygoni multiflori, He Shou Wu, according to TCM theory, strengthens the liver. Liver is the source for blood. Liver Blood, according to TCM,  nourishes the head, hair and scalp.

Other TCM All Natural Remedies for Gray Hair

Glossy privet fruit, according to WebMD is another TCM herb that may help darken hair. From a western perspective, it’s not quite understood how it works. But according to TCM theory, it’s a natural remedy for gray hair because it also nourishes and tonifies the liver.

Glossy privet fruit also nourishes the kidneys, which if overstimulated, can lead to aging, from both a TCM and western perspective. This herb, which is sometimes combined in TCM formulas with He Shou Wu, also clears heat deficiency and improves vision.

Goji berry, isn’t just a tasty antioxidant snack you can get from a health food store. It’s also a time-tested, popular TCM herbal remedy that can assist in keeping a youthful appearance.

Known as “the anti-aging fruit,” goji berry has been consumed for centuries in not only China, but several other countries in the Far East. Goji berry boosts immunity and improves liver function. Like He Shou Wu and glossy privet fruit, goji berry influences the Liver, as well as the Lung and Kidney channels. According to this review of goji berry, only angelica and pearl powder are more frequently found in nutricosmetic products in China.

Yet another TCM herb, extract of mulberry (Morus alba) was mentioned in a review entitled “Skin Ageing: Natural Weapons and Strategies,” published in Evidence Based Complementary and Alternative Medicine, for exhibiting “super-oxide scavenging activity that is involved in the protection against autooxidation.” In other words, mulberry, because of its antioxidant properties, is another beneficial, natural remedy against the ageing process.

Genetics, of course, is one factor in gray hair. Yet another huge influence on hair color is stress. Chronic stress can cause gray hair.

Both stress and ageing can reduce melanin levels. Melanin is the pigment that gives hair its natural color. Your natural hair color is determined even before you’re born. But as we get older and face more stress, your body doesn’t produce as much melanin.

Other natural remedies for gray hair

Kudzu (Pueraria lobata), is yet another herbal remedy used in TCM. A compound including an extract of kudzu was used in this study. The researchers concluded extract of kudzu could “prevent the development of new gray hair without any remarkable adverse effects. Thus, it can be considered as a viable treatment option for the prevention of gray hair.”

Coconut Oil has many uses, including serving as a healthy cooking oil. Another benefit of coconut oil is for hair care. One research study of coconut oil, published in the Journal of Cosmetic Science concluded coconut oil “reduced protein loss remarkably for both undamaged and damaged hair when used as a pre-wash and post-wash grooming product.” The researchers added that coconut oil, “has a high affinity for hair proteins and, because of its low molecular weight and straight linear chain, is able to penetrate inside the hair shaft.”

One of the best natural remedies for gray hair may be having a positive attitude. You may end up being disappointed if you expect one or more of the above solutions to totally turn all your hairs back to their original color. That’s not likely to happen. But, there are interesting cases of illness turning gray hair totally dark again.

The British Journal of Dermatology concluded that several drugs, chronic arsenic exposure, and Celiac Disease have led to hair darkening as a spontaneous phenomenon. The study also mentioned two patients with sustained repigmentation of the hair in association with a condition called porphyria cutanea tarda. So the choice is yours: expose yourself to arsenic, cross your fingers and hope you get a full head of dark hair—and don’t die from toxicity—or, take some of the above mentioned natural remedies to stop gray hairs from further accumulating, and embrace the gray you already have. After all, it looks dignified!

Gallery image with caption: The Amazing Babassu Oil Benefits for Skin and Hair 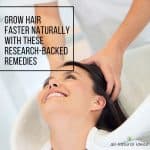 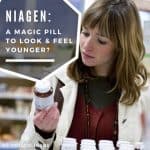 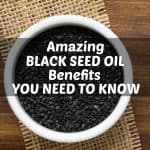 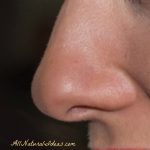 Gallery image with caption: How to Get Rid of Blackheads on Nose