↑
You are here: Home / Natural Beauty / The Amazing Babassu Oil Benefits for Skin and Hair

Babassu oil comes from a palm tree in the Amazon. It’s very similar to coconut oil but has one major advantage over coconut. Learn more about babassu oil benefits.

Are you over the coconut oil craze? Nothing against coconut, but you’ve been using it for years. Without doubt, coconut hydrates your skin and adds luster to your hair.

But it’s the greasy coating you can do without, right? After all, applying coconut oil to your face at night only to wake up the next morning with your pillow covers stained gets old real quick.

Well, if you’re looking for a plant oil that’s just as good for your hair and skin but doesn’t leave an oil slick mess, check out babassu oil.

By the time you’re done reading this, you might be tempted to stop using coconut oil altogether. That’s because besides being not greasy, there are other babassu oil benefits. But first, let’s get acquainted with it….

What is Babassu Oil?

Think of it as coconut oil’s first cousin. Like coconut, it’s a palm tree fruit. The botanical name of the palm tree from where the oil comes from is Orbignya oleifera.

Here are other characteristics babassu shares with coconut:

Also called “cusi oil,” Babassu comes mainly from South America. One region where there are lots of these babassu palm trees is the Brazilian state of Maranhao. Maranhao is located in the northeastern part of the country. It’s in this state where the Amazon river and its many tributaries flow.

Although it’s not as common as coconut oil, it’s an ingredient in several food products, cleaners, cosmetics, shampoos and conditioners.

According to a Bolivian agricultural company, cusi oil has many therapeutic benefits. This includes treatment for several internal ailments, such as:

In addition, the Bolivian company lists several uses for general health and wellness, including:

As for using babassu oil for hair and skin, there are several benefits as well. For instance:

Is There Any Research?

But are any of these claims backed by science? The Bolivian company even lists babassu as a remedy for cancer, high cholesterol and autism. To be sure, there’s no scientific evidence that this plant oil can cure these conditions on its own. However, it may help manage these conditions, in conjunction with other treatments.

That being said, there are some studies on it. For instance, this research suggests cusi oil can help enhance the human immune system. According to the researchers, it increases an antioxidant in the body called superoxide dismutase. It also helps kill harmful bacteria.

This study in Lipids in Health And Disease suggests that unrefined babassu oil reduces something called “microvascular leakage.” This is a key contributor to inflammation, especially in cases of asthma. Take a look above at the conditions treated with babbasu, listed by the Bolivian company that sells it. You’ll notice asthma is one condition. Thus, maybe there is some truth to the claim.

The study above also suggests it has an anti-histamine effect. Histamines are chemicals in the body that get released in response to an allergy. Sometimes, your body mistakenly thinks histamines are an enemy. That’s when your immune system goes haywire and your runny nose is out of control. Maybe, then, eating some babassu oil can help a runny nose?

In the U.S., the product is mostly used for skin and hair. As mentioned the one huge advanatage of using cusi oil for hair and skin instead of coconut is the lack of excess sheen and grease. This makes it a desirable ingredient for homemade lotions, creams, body butters and essential oil remedies.

In addition to the benefits for hair and skin already mentioned, you can use babassu for:

The fatty acids found in babassu oil contain anti-inflammatory properties. The compounds in these fatty acids can help with several other skin conditions, from rashes, burns, cuts and more.

You can also add some of this magical oil to your existing shampoo or conditioner, or even make your own body wash. Babassu oil contains vitamin E, which can help moisturize both skin and hair.

If you frequently experience skin or scalp irritation, try using babassu oil. It can strengthen collagen fibers in hair and help protect hair follicles. It may also be beneficial for hair growth.

Other uses of babassu oil

The shell of the babassu palm is used to produce, among other things, charcoal. The “meat” of the babassu nut is also used for traditional medicinal uses. This includes treatment for gastritis and stomach pain.

As a food source, babassu meat is also used to bake bread. (It’s a cheap Paleo-friendly bread for indigenous communities.)

Babassu oil is also used as a fuel and lubricant. In fact, this BBC report from 2008 highlights its use as a fuel source for an airplane.

Preservation of the Amazon: good for your skin and hair

You’ll feel good about using products that contain babassu. Not just because your hair and skin may look and feel better. But also because your purchase of products with it helps support indigenous communities.

In the mid-20th century, the Brazilian government wanted to settle the interior of the country. As a result, vast swaths of the Amazonian rain forest were clear cut. The government deforested the land to make way for cattle farming, heavily subsidizing large cattle ranches.

By the 1980s, over one-fifth of the total rain forest had been clear cut. Many indigenous communities were forcibly removed from their homes.

One of the areas severely impacted by deforestation was the Cocais region of Maranhão. Cocais is the primary region where babassu palms grow. Many generations of so-called babassu “nut-breakers” have relied on babassu oil to support families and communities.

Many of the nut breakers are the descendants of African slaves. Nut breakers are most often women. It’s extremely physically intensive to break babassu palm nuts to get the oil.

Several indigenous communities who have relied on nut breaking for their livelihood for centuries were threatened. And many were physically assaulted, some even killed, by cattle ranchers, loggers, and other groups looking to exploit the Amazonian rain forest’s natural resources.

The nut breakers devised a courageous plan to help preserve their land and livelihood. They knew that if their husbands and sons confronted the ranchers, who were often armed, their lives would be at risk.

So the female nut breakers sent their husbands and sons to hide deeper in the interior. It was the nut-breaking women who confronted the military police and armed cattle ranchers.

Ultimately, the indigenous women emerged victorious. Because of the nut breaker’s solidarity and courage, the Free Babassu Law was created. The law protects forests in 17 Brazilian municipalities where babassu nut-producing palms grow. The nut breakers, many of them formerly landless, now have rights and free access to cultivate babassu.

Not only were the nut breakers’ livelihoods protected, but, so, too, was a huge swath of the Amazonian ecosystem. Currently, babassu oil is the livelihood for an estimated 400,000 nut breakers, on nearly 4.5 million acres.

If your skin is naturally very oily, you’ll definitely want to use babassu instead of coconut. Again, this is because the former is less greasy than the latter.

Like coconut oil, babassu oil starts to liquify when applied to skin. But babassu is also a bit more cooling to the touch than coconut oil. This may be a benefit of using it in the summer.

As for the difference in price between the two oils, babassu oil is relatively inexpensive just like coconut oil. But it’s still harder to find.

Availability may change one day in the near future, as the benefits of it become more apparent to the masses. But for the time being, you’re not likely to find it at your neighborhood supermarket, like you would coconut oil.

Like any natural product, babassu oil can be refined and heated. To get the best benefits for your skin and hair, choose an organic cold-pressed brand. That’s because when heat is included in the refinement process, the oil loses much of the potency that comes from its natural fatty acid profile.

There’s some debate over whether it’s necessary to buy organic oils that come from a hard shell. But just to be on the safe side, buy organic.

The nut breakers extract the oil after the nuts ripen and fall to the ground.

Like coconut, this oil is mostly saturated fat. If you have a history of high cholesterol or heart disease in your family, you might want to limit your intake of it as a food. Babassu is cholesterol-free. However, consuming certain foods such as saturated fat may raise your cholesterol levels.

If you’re not into coconut oil anymore, babassu oil is a good alternative. The fatty acids in it provide the same health benefits as coconut. But without all the grease. This makes it a good natural hair and skin ingredient in your beauty regimen.

Have you used babassu oil? What do you think of it? Leave a comment…. 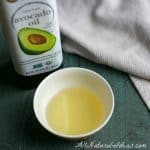 Avocado Oil for Hair and Skin in Your Daily Routine 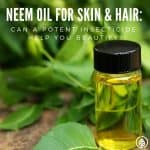 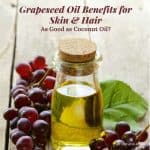 Grapeseed Oil Benefits for Skin and Hair: Worth trying?