↑
You are here: Home / Natural Remedies / Breastfeeding Benefits for Baby

Unsure whether you want to breastfeed your baby? Breast milk is much healthier than formula milk. Let’s look at the top 5 breastfeeding benefits for baby.

Breast milk is well known for being full of essential antibodies and nutrients. This perfect infant food will help keep a baby’s immune system going strong. Numerous studies have shown that strictly breastfed babies have a 20 percent lower risk of dying under the age of 1 year in comparison to formula fed babies.

The study also shows that breastfed babies exhibit less frequent bursts of stomach bugs, ear infections, meningitis, and other diseases. When said infections do occur in a breastfed infant, they are usually much less severe in breast milk fed babies.

The impacts of breast milk on a baby’s immune system lasts longer than childhood. Some trends show that breastfed babies have a lower chance of acquiring diabetes and other chronic diseases throughout their life well after breastfeeding is stopped. A stronger immune system is top when it comes to breastfeeding benefits for baby.

2. Lower the risk of allergies

Breast milk also exhibits high levels of fatty acids which are shown to increase the brains ability to develop at early stages of development. Recent studies following breastfed and non-breastfed individuals over the course of 6.5 years.

The results show that breastfed individuals scored significantly higher on vocabulary tests and other intelligence tests in comparison to non-breastfed babies. The research also showed that individuals who were breastfed the longest trended toward having the higher test scores and IQ. Using one’s brain is essential to becoming a successful adult so when it comes to breastfeeding benefits for baby keep this in mind!

Breastfed individuals have also exhibited lower chances of developing obesity as their childhood and adult life progresses. Why is this so? Breastfed babies develop better eating habits by developing better appetite control.

Breast milk contains less insulin than formula which creates less development of fat. Breastfed babies also have higher levels of leptin in their system. Leptin is a hormone that is essential for regulating appetite and fat storage. And, formula fed babies are shown to gain weight significantly faster in the first few weeks than breastfed babies. This leads some to believe that initial weight gain is a sign of what is to come later in life.

A German study shows that breastfed individuals exhibit a 50% decrease in risk for developing Sudden Infant Death Syndrome (SIDS). The Center for Disease Control also strongly recommends to breastfeed babies as long as possible to keep the risk of SIDS at a minimum. 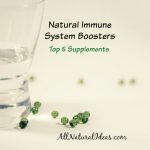 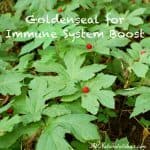