Isomalto-Oligosaccharides IMO syrup is being marketed as a low carb prebiotic fiber sweetener. But, some say it raises blood sugar. Is it okay to consume?

IMO doesn’t just stand for “in my opinion.” But IMO, what do I think of isomalto-oligosaccharide (IMO) syrup for low carb lifestyles? It’s a question I get quite frequently.

People on low carb diets are always looking for a “cheat” so they can enjoy treats, snacks and desserts that are usually off limits. Many need these occasional sweets to stay on track.

So-called nutrition bars fall into this category. Walk into any convenience store and read some of the nutrition labels on meal replacement and energy bars. Lots of sugar, lots of carbs and lots of unpronounceable ingredients, some safe to eat, while others are proven carcinogens.

The tight-knit (socially speaking, not in the pants, of course) low-carb community loves to share recipes that taste too good to be low-carb but are in fact low in high-glycemic carbohydrates. A couple years ago, nutrition bars were all the low-carb rage, primarily because isomalto-oligosaccharides IMO syrup.

I was sucked into the “net carb” marketing of the so called nutrition bars as well as a popular fiber sweetener. There’s even a few recipes on my low carb site that use the syrup as an ingredient. But IMO (in my opinion), isomalto-oligosaccharide IMO syrup is not ok for low carb, or any diet for that matter.

(I rarely write in the first person. However, I’ve received a lot of questions about IMO. Plus,  not being able to resist using the ‘in my opinion’ pun, I’ll be throwing several “I”’s into this post.)

The simple reason: it’s not natural … at least not as a sweetener in low-carb recipes.

An excellent, well-researched, science-based article on a sports nutrition website says that IMO syrup is indeed natural. But only in a limited number of foods. Soy sauce, miso and honey and perhaps a few other foods here and there.

Some people promote recipes containing IMO syrup, and the syrup itself, because of its nutritional benefits. There are a few supposed benefits of IMO syrup. Of utmost importance for a low-carb dieter, IMO syrup is a pre-biotic fiber. The fiber content negates some of the total carbohydrate content. But, when you’re counting carbs, every gram is important.

One version of a homemade protein bar I’ve seen on the Internet using the ingredient has almost 40 grams of total carbs. But because of the IMO fiber content, the net carbs are only 13 grams.

IMO syrup carbs “don’t count” in the carb content because they are long-chain molecules. Most sugars, such as white table sugar, are short-chain molecules. Short-chain sugars burn up very quickly. They spike your blood sugar and release a flood of insulin from the pancreas. And then, if the sugars aren’t burned, they get stored as bodyfat.

Isomalto-Oligosaccharides IMO Syrup in Commercial Goods Not The Real Thing

But isomalto-oligosaccharides IMO syrup that you find in low-carb snacks are not all-natural. According to the article I came across, written by a Ph.D., says, essentially, IMO syrup found in bars and baked good goods is processed. It’s much cheaper to add enzymes from starch-derived sources to produce IMO syrup instead of extracting it from, say, soy sauce. Starch, of course, on a low-carb diet is verboten!

The author, also a registered dietician, says in the article that a review of data indicate IMO syrup does in fact get digested. “IMO was about 83% as digestible as maltose … Thus, the majority of the carbohydrate in the IMO syrup was, in fact, digested, absorbed, and metabolized.”

This is bad news if you’re low-carb and trying to keep your blood sugar down.

As for IMO syrup being a pre-biotic fiber, only a small amount of the fiber helps to colonize the gut.

IMO (sorry, that’s my last IMO pun), you’re better off eating lots of lightly grilled, sauteed or steamed green veggies. You’ll get plenty of prebiotic fiber that’s truly natural from these foods. You’re doing yourself a disservice and living in nutritional denial if you think IMO syrup is ok for low carb diets. IMO is a fake fiber and a fake low-carb friendly sweetener. There are more all-natural ways to enjoy low-carb snacks. 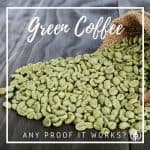 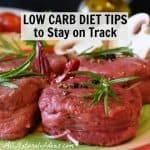