↑
You are here: Home / Total Body Fitness / Weight Loss Tips / Can You Use Coconut Oil For Weight Loss?

Healthy fats have become all the rage for shedding extra pounds on the keto diet. But does coconut oil for weight loss really work?

It nourishes your hair and skin. It can help heal cold sores. It might even be good for your cat.

But does it work for losing weight? Does eating spoonfuls of it help you slim down? People are even putting in their coffee.

The short answer is there’s not enough research to conclude eating coconut oil will help you lose weight.

However, coconut oil contains only about 15% MCT which is also becoming trendy for health conscious folks. And if you want to lose weight, perhaps it’s better if you buy an MCT oil supplement.

Because there’s much less MCT in coconut oil, it may not be your best bet for weight loss. There’s also still some uncertainty about how coconut oil can influence your cholesterol levels. In some people, eating it every day has been shown to raise LDL (bad) cholesterol.

Keep in mind that your best bet to lose weight is not by eating lots of coconut oil. A better weight loss strategy is cutting down on carbohydrates from grains, especially refined grains.

Increase your intake of vegetables. Eliminate added sugars like soda, fruit juice and baked goods. Stick to moderate portions of unrefined grains such as quinoa and wild rice. If you’re in the mood for something sweet, eat a handful of nuts or seeds and a portion of fruit. And yes, include smart fats like olive oil, avocado oil, MCT oil and coconut oil.

However, there are some people who have a genetic predisposition to high levels of fat in the blood. In these individuals, intake of coconut oil should be kept to minimum.

Coconut oil has managed to stay trendy for several years now. Despite its growing legions of proponents, it remains one of the most controversial topics in nutrition.

Consider olive oil. Nearly every health expert will tell you the monounsaturated fat in extra-virgin olive oil is good for your heart. There’s very little counter-narrative to that story.

Coconut oil on the other hand is almost entirely comprised of saturated fat. This is why despite the popularity of coconut oil, a majority of doctors believe you should mostly avoid it.

Cardiologists and other medical professionals aren’t swayed by the numerous recent studies that show there’s no link between saturated fat and heart disease. In fact, many health professionals still urge strong caution against consuming a lot of saturated fat.

According to MedicalNewsToday, In July 2016, results of a survey in the United States (U.S.) showed that 72 percent of people think coconut oil is healthful. However, only 37 percent of nutritionists agree.

If you’re worried about the effects of coconut oil on your cholesterol, keep this in mind….

It’s true that eating coconut oil may result in your cholesterol levels rising. But what’s more important than your total cholesterol is the size of your LDL particles. (You want them to be big and fluffy.)

However, most people who eat a tablespoon of coconut oil everyday likely have nothing to worry about. In fact, it might be healthy. There is enough convincing data that coconut oil protects against bacteria and viruses.

The reason some people think coconut oil might boost metabolism is because it has MCTs. As mentioned above, coconut oil is roughly 15% MCT. Even though that’s not as high as pure MCT oil, 15% is still a decent amount. And MCTs don’t by and large get stored as body fat, unlike that piece of bread and pasta you don’t completely burn off.

This amount would result in over 1000 calories alone from coconut oil. Plus, your cardiologist would have a heart attack if you told the doc you were eating that much coconut oil!

Eating this much coconut oil would far exceed the The American Heart Association (AHA) recommendation to limit all saturated fats to no more than 5-6 percent of total calories.

Not according to several critics. The naysayers believe the length of the studies are too short, don’t include enough participants and lack conclusive evidence.

For example, this 2017 study in the European Journal of Clinical Nutrition says:

The current report indicates a lack of consistent evidence on the topic of coconut oil, satiety and weight loss. Given both the publicity and the increased consumption of coconut oil further research, particularly long-term clinical trials, in this area are warranted.

However, don’t entirely ditch coconut oil. Or more specifically, don’t dramatically ditch natural fats. Because if you do, you’ll most likely end up eating lots of carbs.

In 2008, a study compared olive oil to coconut oil for weight loss. The participants were 49 obese men and women. The subjects consumed either coconut oil or olive oil for 4 months. Because of the MCT, the group that consumed coconut oil had a greater loss of fat mass than those who consumed olive oil.

But take the study with a grain of salt. You shouldn’t stop consuming extra virgin olive oil because of this study. A smart approach for overall health, including weight loss, is to eat a variety of healthy fats.

Comparing Coconuts Here to Coconuts There

Harvard Medical School’s blog makes a good point. It says that fans of coconut oil point to favorable studies of that were conducted on the other side of the world. Namely, on indigenous populations in parts of India, Sri Lanka, the Philippines, and Polynesia.

Julie Corliss, executive editor of Harvard’s Health Letter writes in the blog post that in these countries, traditional diets also include more fish, fruits, and vegetables than typical American diets. So you can’t really compare coconuts to coconuts.

The bottom line is that dietary fat plays a very important part in human health. Having a little bit of coconut oil might help you lose weight because of the MCT content. That being said, if you want the most weight loss, perhaps it’s best to skip the coconut oil and buy pure MCT oil. You may also want to try drinking some weight loss support tea. 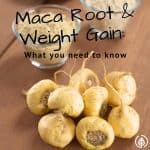