Believe it or not, being confined in a tank, deprived of your senses is one of the latest trendy spa treatments. But floatation therapy benefits include inducing relaxation and lowering anxiety.

If you’re feeling stressed out, maybe you need to take a REST.

REST might just be best to melt stress away. But only if you don’t mind the claustrophobic effect of being confined in a tank.

And while you’re confined, you don’t have any soothing Native American flute music or slow jams by Kenny G to help you relax.

On the contrary, you can’t hear a thing.

REST is also known as floatation therapy (which can also be correctly spelled as ‘flotation’).

If you’ve ever heard of watsu, the deprivation tanks are a different experience. You’re all alone (your thoughts being the only other guest) in the tank.

Whereas with watsu, you’re in a mid-size pool with a therapist basically giving you an aquatic massage while you float on your back.

For some people, floatation therapy benefits include experiencing out-of-body sensations. Others claim to hallucinate.

Moreover, some people experience being back in the womb. This makes sense, considering prenatal humans float and can’t see or hear all that well.

What is float therapy?

When you’re in a sensory-deprivation tank, which can cost upwards of $30,000 each, you lay back with an inflatable neck pillow. The salt water tank holds approximately 600 liters of water.

The water is heated to roughly the same temp as your skin (95 degrees). A heating heating foil is placed in the lower section of the floating tank.

This foil is regulated by a thermostat and heated in regular intervals.

Rest assured you’re not floating in water that the previous spa-goer may have peed in. Between float sessions, water is filtered and sterilized.

The sterilization involves UV-light and weekly hydrogen peroxide, if rust appears in the tub.

Filters are regularly changed. Furthermore, the inside of the flotation tank is cleaned twice a week in accordance to public health board recommendations. [SOURCE]

The most obvious of the floatation therapy benefits is relaxation. It basically feels like you’re floating on a water bed, without the water bed mattress.

Or, you can also describe it like floating in the Dead Sea, but in the dark and without noisy tourists ruining your trip.

Is there research it works?

There’s not much data on REST therapy in tanks. However, there are a few small studies that indicate there are benefits of float therapy.

The purpose of this study is to evaluate the effects of the treatment in healthy participants. The participants received 12 float sessions.

As for the goal of the study, the researchers wanted to validate if sensory isolation in a flotation tank can induce deep relaxation. And not only that, can it offer positive outcomes for patients suffering from muscle tension and pain?

The pilot test (a small, initial study; sort of like a pilot episode for research) involves 65 participants.

To analyze the outcome of the float therapy, psychological and physiological variables were analyzed via questionnaire.

The variables in the study include:

The results of the study? The participants report less stress, depression, anxiety, and pain. The test subjects also report an increase in optimism outlook and sleep quality.

Moreover, the study also shows a significant correlation between mindfulness in daily life. And not only that, the majority of participants report some level of hallucinatory experience while floating.

Can REST therapy help slash sickness absenteeism? If so, perhaps subsidies for the spa treatment by the U.S. government is wise.

After all, sickness absenteeism from the workplace costs the U.S. economy a staggering $576 billion (yes, that’s with a “b”) every year. [SOURCE]

While float therapy may not prevent the common cold, perhaps it can indeed reduce stress-related illnesses.

Chronic stress can lead to depression, anxiety, and insomnia. These three symptoms of stress are all common reasons for sick-leave absence. So, too, are fatigue, burnout syndrome and gastric complaints.

Suppose everybody were able to enjoy a float once or twice a week. In this Utopian scenario, it’s highly likely GDP and worker output would be even higher.

The most effective forms of stress management stimulate the parasympathetic nervous system (PNS). The PNS controls your rest and digest functions.

Chronic stress, in comparison, constantly stimulates the sympathetic nervous system (SNS). The SNS is your fight or flight response.

When you are frequently in a state of fight or flight, your body works overtime to produce stress hormones.

Consequently, your immune system is weaker. And that’s why you end up calling in sick for work.

In light of this, floatation therapy benefits include slowing the release of stress hormones into the bloodstream. And because of this action, heart rate and blood pressure decrease.

The relaxation response is reached with sensory-deprivation. That’s why there’s no calming New Agey music during a session.

Each floating session lasts roughly 45 minutes. And some researchers believe the therapy is even more effective than other relaxation techniques, including meditation.

The treatment can be so effective that it may even help with generalized anxiety disorder (GAD).  So says this study.

(If you suffer from anxiety and panic attacks, try these essential oils. In addition, you can also try a GABA supplement.  Natural beta blockers may help as well.)

Another benefit of floating in a saltwater tank? It’s great for softening your skin.

This witty blog post describes the author’s only previous experience with floating:

Watching an episode of The Simpsons. The particular episode the writer refers to is when Lisa Simpson has an out-of-body experience and takes on the spirit of her cat, Snowball.

The article employs a clickbait headline: “I Survived My Terrifying Hour in a Sensory-Deprivation Tank.” Nonetheless, it offers amusing and insightful feedback of her experience.

“Initially, what I discovered was where exactly all my unhealed cuts were: Nothing like a thousand pounds of Epsom salt mixed into ten inches of water to remind you of that blister on the back of your foot.”

The writer goes on to say she was promised that floatation therapy benefits include having the “world seem more vibrant.” And thus, it would behoove her to “think carefully about what I wanted to see, feel, hear, taste, and feel immediately after leaving.”

Unfortunately, the author had to go back to work in the city after the float session.

“I biked off into Brooklyn, which smelled extra like pee.” That was the author’s concluding revelatory experience.

However, as mentioned in this article, the owner of the world’s largest float tank operation, has this to say:

“Your brain is usually focused on the tactile nature of what your skin is touching. In the float tank, that part of your brain doesn’t have anything to do, so the brain slows down and becomes very quiet.”

“So that means your brain can kind of take a break. Traditional meditation cannot do that. The states at which you can achieve are, in my opinion, similar to what a very high-level yogi would experience after decades of meditation.”

Have you experienced floatation therapy benefits? Leave a comment. 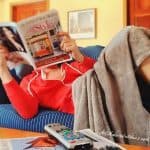 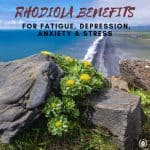