(And The Controversy Surrounding The Name)

Perhaps no other blend of essential oils is more legendary than Thieves oil. How did the name come about? What oils are in the blend? What’s it used for? How do you use it? And why are people getting sued over the name? Discover more about Thieves essential oil….

Most blends of essential oils have straightforward-sounding names. The name of the blend reflects the desired outcome or benefit.

But the one with the most intriguing name has to be Thieves oil.

What is Thieves Oil?

What is Thieves Oil Used For?

People use it for various other purposes.

But more than any other reason, people use it to protect themselves against harmful bacteria. Similarly, it’s also used to quickly recover from an illness. Many people use it to soothe an irritated throat as well.

So how did the infamous name of this immune-boosting concoction come about?

Legend has it that when half of Europe’s population was dying from The Bubonic Plague—a scourge so nightmarish it was named “The Black Death,”—medicinal plants were protecting plague doctors’ lives.

Perhaps you’ve seen pictures of the gothic costume and mask with the long beak. These were worn by medieval doctors and priests during the Black Death.

This costume protected the physicians and clergy who had to administer to the sick, dying and dead.

However, it wasn’t just the cloak and mask that protected them. It was an ointment made from dried flowers, herbs and spices, which were stuffed into the masks.

This medieval costume didn’t just protect doctors and priests. The story goes that a group of 15th century robbers protected themselves from the plague with a mixture of vinegar and botanic ingredients.

The robbers would wear the vinegar-infused masks while entering homes of the sick and dying. Eventually captured, the robbers received leniency for divulging their formula for evading plague.

Another version of the story is that the robbers were punished and forced to bury plague-victim corpses. To protect themselves, the robbers wore the vinegar masks.

However, the Thieves oil recipe that’s used today isn’t the same as the one from the Middle Ages….

During a plague breakout (which is caused by an infestation of fleas) the following recipe was used:

This recipe, as you can see, is not the same one that we think of today. There have been several different versions of it throughout the ages.

But for the modern folk remedy, there is research that supports the use of these five specific plants for boosting the immune system.

In fact, in 2017, a study published in a biology journal revealed for the first time how this blend affects the human cells.

Furthermore, the researchers discovered these five oils significantly improve communication between the cells when used together.

The result is lower inflammation in the body and a more active immune system.

Studies show it also can reduce an overgrowth of Candida albicans, which can be responsible for yeast infections.

Clove may also protect against harmful bacteria in the mouth.

It has a compound called eugenol. Eugenol contains strong anti-inflammatory properties. Some research has shown clove is a stronger muscle-pain reliever than over-the-counter remedies.

Lemon oil can kill many different kinds of viruses. If hospitals ever become more open-minded to using essential oils, lemon oil would be a good choice. That’s because it contains a compound called linalool.

Linalool has been shown to be effective against a particularly nasty strain of bacteria, “acinetobacter.” Acinetobacter is a superbug that is resistant to prescription antibiotics. It can cause serious infections.

Lemon also may play a part in the body’s complex detoxification processes.

One of the best for protecting or relieving your respiratory system. A compound in cinnamon bark called “cinnamic aldehyde” kills several harmful types of fungi.

One type of fungus it kills is Aspergillus niger, aka “black mold.”

And in studies on cell lines, cinnamon has been shown to suppress the growth of tumors.

Both clove and eucalyptus have been used for centuries to help people breathe easier.

A particular species of it, eucalyptus globulus, has been shown in research studies to neutralize specific types of harmful bacteria.

How Do You Use Thieves Oil?

The way you use it depends on what you’re using it for. For instance, to use Thieves household cleaner, simply pour 10 drops or so in a spray bottle. Add 3-4 cups of water and a dash of vinegar and your floors and counters are ready to be cleaned.

To purify the air in your room, simply pour a few drops into an essential oil diffuser (making sure to also fill the diffuser with distilled water to the maximum line).

You can add one drop to water and table salt for sore throat gargling.

To get the Thieves oil benefits of boosting immunity, you can rub a few drops on your feet and massage the oil in. But first make sure it’s safe to apply directly on your skin. Test a small patch of Thieves with a carrier oil such as coconut oil.

Use 1 drop of the immunity blend per 1 teaspoon of carrier oil.

You can also use it as a chest rub instead of commercial vapor rub.

Where Can You Buy Thieves Oil?

Unfortunately, it’s not sold in your local drug store. The only place that it’s available is through the company, Young Living. Young Living Thieves oil is a trademarked product.

And here lies the controversy surrounding the name of this product….

Some people who have in the past marketed their own Thieves oil have received cease and desist letters from attorneys representing Young Living.

However, other essential oil companies (and independent aromatherapists) can use the same exact blend and market it. As long as it’s a different name.

The company, Rocky Mountain Oils (RMO) has become more popular because unlike Young Living and doTerra, it’s not a multi-level marketing company. RMO’s rival to Thieves oil is called Immune Strength. It contains the same 5 botanicals, plus several others. The others are orange, oregano, mandarin, thyme, nutmeg, and ginger root.

How Much Does It Cost?

A 15 ml bottle of RMO’s Immune Strength costs $26.95 on the manufacturer’s website. The retail price of Young Living’s version costs over $44 retail. If you become a wholesaler rep for YL, the price is lower.

If you’re just a regular consumer who doesn’t want to get involved in a multi-level marketing company, you’re going to pay more.

Eden’s Garden is another company that sells an immunity product, Immunity Synergy Blend. Like RMO, they do not have a multi-level marketing sales model. Because of this, a 30 ml bottle of Eden’s Garden Synergy Blend, which also contains frankincense, costs $16.95.

Mountain Rose, which managed to acquire a trademark that’s strikingly similar to Young Living’s—Four Thieves—published the recipe for their blend. If you want to try and save money, you can try making it yourself

Mix together in a dark glass bottle. Next, dilute to maximum 2% oils, i.e. 12 drops maximum per carrier oil ounce. 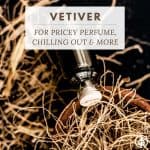 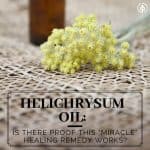