A keto egg fast diet may help you lose weight quickly? But what kind of results can you expect? And is this a healthy way to shed pounds long term? Read on to find out!

What is an Egg Fast Diet?

Because of the name, you may think you simply eat nothing but eggs? But that’s usually not the case.

But typically, the diet is not that strict. However, it is designed to slash your carbohydrate intake. And most people who follow it will induce nutritional ketosis.

Most people follow a 5 day egg fast meal plan. But can eating nothing but mainly eggs really help you lose weight quickly within a week?

Yes. Most people do lose weight in as little as a few days after starting. However, some of the weight usually comes back after resuming their way of eating.

Truth be told, you can lose weight on most carb-restricted diets. And limiting what you eat to only one type of food usually lowers daily calories too.

Want to go on an ice cream diet? Just eat one serving for breakfast, lunch and dinner and you might lose weight. That’s because you’ll be eating less calories than you normally would. Obviously, though, this isn’t a healthy way to eat.Which leads to the second question …

Is an egg fast diet healthy?

In comparison to other diets, it appears to be healthy. The main reason is because eggs are nutrient-dense. They contain vitamins and minerals, protein, fatty acids, and antioxidants.

On the other hand, a trendy diet such as the Master Cleanse lacks nutrients. This liquid-only “detox” consists of lemon juice, water, cayenne pepper and maple syrup. On the Master Cleanse diet, you’re not supposed to have anything else. Just this beverage for 10 or more days.

It’s no wonder that many people feel lousy while doing the Master Cleanse. It doesn’t have nearly enough protein and natural dietary fat.

Protein and natural fat helps you feel full. These two macronutrients (macros) also play several other important functions in the body. For instance, protein helps maintain lean muscle tissue. Fat is a great source of energy and is critical for cellular growth.

But what about all that cholesterol?

Is it really healthy to eat lots of eggs? While egg whites contain most of the protein, the yolks have a relatively high amount of cholesterol. In fact, just one egg contains about 60% of the suggested maximum daily limit of cholesterol.

But cholesterol might not be as bad as you think. In fact, after decades of warning the public about the dangers of dietary cholesterol, the federal government, in 2015, reversed its stance. The waxy-fat like substance that’s found in every cell of the human body is actually now “no longer a nutrient of concern.”

(Read this to learn why it’s healthy to eat egg yolks).

However, having lots of cholesterol in your blood, especially in your LDL (low-density lipoprotein) is bad. This is because high levels of LDL (which transports cholesterol to the tissues) is associated with an increased risk of heart disease.

Do you have very high cholesterol levels? If so, you might want to ask a functional medicine doctor before doing an egg fast.

Without doubt, many doctors would consider the egg fast diet unhealthy because of cholesterol. The general consensus is that you should eat no more than two eggs per day. However, if you’re not concerned about cholesterol, eat all the eggs you can stomach.

How do you do an egg fast diet? Are there egg fast rules?

A popular version an egg fast looks something like this:

The basic keto egg fast rules are as follows:

So how much weight can you lose with a diet consisting of primarily eggs? Based on the results found online, the diet appears to be very effective for losing weight.

The keto egg fast diet was made popular by Jimmy Moore, the host of the popular podcast Livin’ La Vida Low-Carb. After a month of eating eggs, he lost 27 pounds.

For example, Charles Saatchi lost over 100 pounds eating nothing but eggs for the better part of a year. (He’s the famous art collector, advertising maven, and husband of famous food journalist, Nigella Lawson.) Other celebrities who have lost weight on an all egg diet include Nicole Kidman.

A journalist from India tried it. The variation she tried consisted of two eggs per day plus very little carbs. She ate this way for 30 days. A typical day of eating for the journalist consisted of:

Lunch: Boiled vegetables and one glass of chaach (buttermilk)

Dinner: Steamed chicken or fish or grilled paneer (a type of cheese) with stir-fried vegetables

Late night snack: One fruit or glass of milk with dried fruits

The results? After the first week, the author reported less cravings for fried snacks. Her energy levels increased and she lost almost 9 pounds in just 30 days. She also claims, “I felt the skin under my arms had miraculously become an inch tighter.” And not only that, her skin became more taught; the pores in her face became smaller.

But are the results experienced by the Indian journalist and others the result of eating eggs everyday? Or it because they are eating less carbohydrates?

A keto diet is a high-fat, moderate protein, and ultra low-carb diet. The purpose of it is to reduce carbs to the point that your body is burning its stored fat for energy. It’s impossible to say for sure if the positive results–weight loss included–from the egg fast diet is because of the eggs or greatly reducing carbs.

Nonetheless, eggs are a popular dietary go-to for people following a keto or low-carb diet.

You’ll lose weight consuming eggs at each meal the same way you would by sticking to any other low-carb diet plan. Instead of eating grains, as the main staple of a meal, eat eggs.

Are there any problems with the egg fast diet?

Besides the cholesterol conundrum, some nutritionists would argue that the egg fast diet does not include enough vegetables. But, this isn’t necessarily the case.

Egg fasts in no way should exclude low-starch vegetables. Continue to eat steamed spinach, kale or broccoli with your meals. This will ensure you’re getting the phytonutrients and antioxidants you need to stay healthy.

With the eggs, you should eat a natural fat and a small portion of low-starch veggies (like spinach, kale or broccoli). You can add a sprinkling of nuts, seeds and berries for a snack or post-meal dessert.

If done correctly, the egg fast diet can be an effective short-term diet for weight loss. After a while, though, you might get sick of eggs.

Eggs can be very nutritious, especially if they are pasture-raised and are rich in omega-3 fatty acids. If you’re going to eat a ton of eggs, splurge for organic ones. At the very least, don’t eat those from caged hens. (“Cage-free” isn’t healthy. Look for eggs that are at the very least “free range.”) 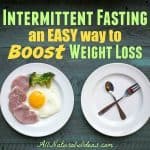