↑
You are here: Home / Natural Beauty / Is Coolsculpting at Home Safe & Effective?

Does coolsculpting at home really work? Can you really freeze your fat at home and lose weight? And more importantly, is it safe?

Why Do Coolsculpting At Home?

Perhaps you’ve heard or read online that coolsculpting at home is a simple way to lose weight. If you’re going to try it, it’s a good idea to first learn about the original procedure.

The original procedure is non-invasive, non-surgical. But it is done under the supervision of a doctor or other trained professional. Maybe you’ve heard, however, that the procedure can cost a few thousand dollars.

And that’s why you want to try freezing your fat at home. DIY coolsculpting cost is a fraction of the price. But just with anything else in life, you get what you pay for.

So before you jump into DIY fat-fighting mode, at least learn the basics of the medically-supervised procedure.

How Does Coolsculpting Work?

But maybe you’re determined to read all there is to know about DIY coolscuplting. Your intention is to watch several hours of YouTube tutorials. These tutorials, you hope, will show you how to kill your fat cells in the comfort of your own home.

In principle, sitting on the couch, freezing your fat away while you watch TV sounds too good to be true.

And why not? Of all the procedures for targeting fat, coolsculpting seems to be the most successful. It’s been around for the longest time. And it’s been the most researched of the non-surgical fat-targeting procedures.

The research on FDA-approved coolsculpting is proven (see below). The studies on it don’t just show it works in a test tube or on rodents. Tests prove it also works on people.

Coolsculpting works by targeting fat cells around the treatment area and kills them. It does this without harming nearby cells or skin tissue. The dead fat cells exit your body when you go to the potty.

But it’s not just the cold that kills the fat cells. There are two other critical things that play a part in the procedure. You already know one of them: suctioning. The other is inflammation.

When fat cells die, it triggers an inflammatory response. Before they vacate your body when you go poo, the fat cells are gobbled up by macrophages. These are special immune cells that destroy harmful substances.

Warning About Coolsculpting At Home

Before you try freezing your fat at home, be aware that doing so can be dangerous. At the very least, it might not be that effective. You see, in order for the process to work, the cooling and suctioning need to be extremely precise.

Coolsculpting kits and machines you can buy online might claim to work. But coolsculpting at home with ice pack or kits is not regulated by the FDA.

That being said, though, lots of people try the procedure at home. Is it as simple as applying an ice pack to your belly and watching TV? Not quite. That definitely is too good to be true.

Lots of commercial DIY Coolsculpting products do indeed come with an ice pack. They also come with an abdominal strap. This allows you to concentrate on holding the ice pack in place while watching TV.

Now, here’s the problem with many of these devices. They are great for cooling your skin. But they don’t apply enough (or any, in some cases) suction force in order for targeted fat-cell death to occur.

You can burn your skin if you’re really into your TV show and forget to take the ice pack off.

Many popular coolsculpting at home products are essentially body wraps. To use them, you simply wrap gel packs around areas you want to see weight loss. However, few, if any of these body-sculpting devices include the critical suction process.

But the machines don’t come with anti-freezing membranes. Those are sold separately. The membranes, as the name implies, prevent your skin from getting freeze burn.

However, critics claim that it’s impossible to mimic the effects of the FDA-approved coolsculpting machine. Perhaps some people have had fat reduction success but maybe it wasn’t because of the DIY device.

That being said, you can easily buy at home coolsculpting applicators online.

Perhaps these fat loss wraps work somewhat. But critics of coolsculpting at home solutions maintain you can’t get the same results without the precise suctioning power.

In clinical studies, the procedure known as cryolipolysis works quite well. In fact, one case study says subcutaneous fat by up to 25% after one treatment. Over 85% of the people in the studies showed improvement.

A comprehensive review of the procedure says that the patient satisfaction rate is 73%. That makes it higher than other non-surgical procedures.

And unlike other weight loss methods, the fat loss seems to stick. After just one treatment the average reduction in waist circumference is more than an inch after 3 months.

Unfortunately, if you’re looking data on how well coolsculpting at home chills fat, there is none.

As mentioned, cryolipolysis is the most studied of any liposuction alternative. Another way to get looser-fitting pants is ultrasonic cavitation. Experts suggest this procedure is better for targeting fat on the back or the sides. A benefit of cavitation is that it safely shrinks fat without causing harm to blood vessels.

The same can’t be said about coolsculpting at home. That’s because without the supervision of a professional, you can leave the gel packs on for too long. Even with the antifreeze membranes, there is still risk of freezer burn.

In addition to coolsculpting and ultrasonic cavitation, there are several other fat-targeting procedures.

For instance, there’s laser liposuction. This procedure is the exact opposite of coolsculpting; it heats the fat cells. But laser lipo requires anesthesia.

Side Effects of Fat Freezing

Temporary reddening of the skin, bruising, and minor numbness can occur. But these side effects are most often minor. And they go away within a couple weeks.

But if you’re trying fat freezing at home, side effects can be worse.

Have stubborn fat that won’t go away? No matter how much you exercise or diet? If possible, pay for FDA-approved procedure. Perhaps you can pay in installments.

But have you really tried everything to get leaner? Have you had your hormones tested? Have you tried the keto diet or intermittent fasting, especially, one meal a day? Maybe trying that will kick start fat loss.

DIY coolsculpting at home might work. But it might also permanently damage your skin (frostbite, skin blisters, and burns). Don’t expect miracles just by applying ice to your belly. 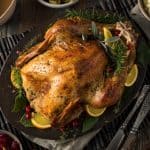 How to Use Sugar Wax for Natural Hair Removal 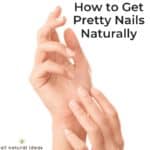 Tips for Natural Nails that are Pretty and Healthy