↑
You are here: Home / Natural Home / Lye Soap: Is it worth the risk to make your own?

It may be tempting to make your own lye soap if you’re a DIY type. But be very cautious in doing so as lye can seriously injure you.

You may be tempted to make homemade soap when transitioning to natural home living. But you can seriously injure yourself making your own soap using lye.

However, if you’ve got a determined DIY streak, you can make your own lye. However, you need to follow some safeguarding procedures. And, if you can pull it off without injury, congrats! You’ll have several months of soap for pennies on the dollar.

If you’re starting with no knowledge, or if it’s entry-level, this article will help you navigate the potentially explosive nature of lye. It’s definitely easier and safer to buy soap. But there’s nothing more rewarding than making things like lye soap yourself.

The definition of lye isn’t obfuscating the truth. That, of course, would be “lying.”

“Lye” is a chemical. The chemical causes fats and oils to transform into soap. Lye is chemically speaking, sodium hydroxide. Sodium hydroxide creates lye soap bars. And if you’re going to make your own soap, you need to revisit your high school chemistry textbook.

Remember the basic concepts of basics? Come again? You know, acids and bases. Acids have a lower pH level than water, which is neutral at 7.0 (give or take a couple tenths). Bases measure above 7.0 on the pH scale.

“Alkali” is a synonym for base. And lye is very alkali. Lye measures about 13 on the pH scale. Many people think baking soda powder scores high on the Ph scale. But that’s not true. At least not relative to sodium hydroxide. Baking soda is around 8.5.

If you’ll recall your chemistry lessons, you may remember that acids and bases can combine. When they do, they can produce salt. And the chemical process of making soap is called “saponification.” Saponification is soap in its most elemental salt form.

So if sodium hydroxide is the base, then what’s the acid? That would be fatty acids. You can even mix lye with coconut oil to make soap.

When lye and oil (or butter) combine, it eventually turns into soap and glycerin. That’s the basics behind lye soap.

Some people look for soaps without lye. But that’s like looking for coconut oil without coconut. You see, sodium hydroxide is necessary to make soap. But when the soap if finally made, the traces of lye magically vanish from the chemical process.

How do you make lye?

First, you need to add cold water to lye. If you’re wondering where to buy lye, a quick Internet search will point you in the right direction.

When sodium hydroxide is added to cold water, salt crystals will eventually end up on the bottom of the water. To make soap, the salt crystals should stay solid and not dissolve.

Some people use ingredients that prevent the salt from clumping. But to make the purest soap, don’t add anything else but pure water to lye. That’s it.

The sodium hydroxide-salt water crystal solution can next be poured into glass like Pyrex. This step allows excess liquid to evaporate.

What you end up with at this point is lye crystals.

The old school way of making sodium hydroxide involves making it from the ash of certain types of wood. Making lye from wood ash from hardwood trees and water is still popular in the DIY realm.

In addition to saving money, another reason to make your own lye and soap is because it might be better for your skin.

After all, you’re not exposing your skin to harsh, synethetic chemicals. The only harsh ingredient is the lye itself. Although it’s all natural, there’s a good reason lye is also called “caustic alkali.”

Now, if you prefer liquid soap to bars, you’ll want to use potassium hydroxide rather than sodium hydroxide.

But let’s get back to the basics of lye….

Remember, to get soap, you need sodium hydroxide and oil (or melted animal fat) and water. That’s it. This mixture undergoes a curing process.  In all, the curing process only takes a few days. However, it takes about a month for the sodium hydroxide to be gone from the mix. What you end up with is pure soap.

It’s one thing for a brand to boast that its soap is free of certain harmful ingredients such as sodium lauryl sulfite. But it’s another thing for a brand of soap to bill itself as “lye-free.” That’s just a plain lie.

All soap starts out with lye. And while it’s true that the finished product no longer contains sodium hydroxide because of the chemical reaction, truth in advertising is a slippery slope when it comes to soap.

Liquid hand soap comes to mind. Just like with bar soap, the finished product contains no detectable amounts of lye ash. Just add some alcohol and sugar during the soap-making process and voila! Liquid glycerin soap in a bottle for your convenience.

Some people who have sensitive skin believe lye soap is to blame for irritation. To be sure, if you expose your skin directly to pure lye during the soap-making process, you’ll have more than skin iriration. You may end up with an emergency-room trauma burn.

But sodium hydroxide is not the source of skin irritation. It’s usually the harsh chemicals such as fragrance. Your skin could also itch because your soap lacks a natural moisturizer such as glycerin.

In short, you need oil to make soap. (Add essential oils to your soap for therapeutic and olfactory benefits.) And nothing transforms oil into soap like sodium hydroxide. That’s why all soap is made with lye. No lying.

Here’s why the the process for making homemade lye soap can be dicey. After sodium hydroxide breaks down in water, you can’t tell it’s a potentially hazardous liquid. In fact, it’s colorless. It looks just like water. But lye can give off dangerous fumes if you’re directly breathing it in.

Although you can buy lye online, some companies require you sign a hazardous materials waiver. That right there should make you question it’s safety.

So in case the message isn’t yet clear, clear as glycerin soap, lye making can be hazardous to your health. Wear eye protection and gloves. Have water or vinegar handy to neutralize the highly alkaline properties of the sodium hydroxide in case of spills.

In fact, it’s better off if you don’t make it from scratch. Instead, you can buy lye that has undergone the chemical transformation. Think of it as pre-cooked sodium hydroxide. Sure, making a pre-cooked pizza in your oven might not be as satisfying as making one from scratch. But it not only will save you time using pre-cooked soap, it just might save your skin.

If you make enough homemade soap that hasn’t been ‘pre-cooked’, you will likely at least burn yourself once. Hopefully, it won’t be serious.

As if the threat of burning isn’t enough, poisoning is another health concern when you make lye soap at home. According to MedLine.com, sodium hydroxide is sometimes found in industrial cleaners and other household products including hair straighteners and drain clearing formulas.

And in addition to poisoning from inhaling the fumes, you risk injury in other ways. Blood in the stools, diarrhea, abdominal pain, and vomiting are just a few other unpleasantries from exposure.

Because of its caustic nature, buy some pre-cooked lye if you want to make soap at home. Your skin, lungs, digestive system and other body parts will thank you for it. 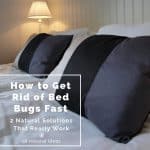 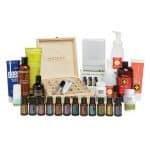 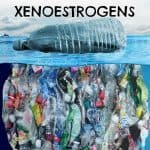 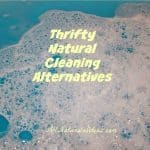 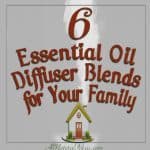 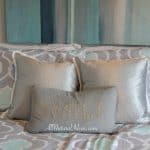