Can herbal teas really relieve a painful urinary tract infection? If so, what’s the best tea for UTI to drink?

Going to the bathroom is normal. It’s critical for health. You eliminate toxins when you urinate. However, urinary tract infections (UTIs) are painful. Every trip to the bathroom is a dreadful experience. You’d rather hold in your pee than have to feel the pain. Even intimacy can suffer with a UTI as it can make sex painful.

You’re certainly not alone if you have a UTI. In fact, over 7 million women every year go to the doctor for UTI treatment. This makes UTIs one of the most common bacterial infections afflicting females. An some people have found drinking tea for UTI helps.

Antibiotics are the conventional treatment for UTIs. However, antibiotics not only kill the bad bacteria in the urinary tract. They destroy the good bacteria as well. Moreover, the over-prescribing of antibiotics has led to superbugs. Superbugs are immune to antibiotics.

Most of your immune system resides in your gut. In light of this, repeat use of antibiotics weakens your immune system. Furthermore, without enough good bacteria, you’re more vulnerable for developing autoimmune disorders.

But what should you do if you have a UTI? Is there an effective natural treatment? There’s apple cider vinegar for UTIs. And, there’s something tastier. And easier to use. It’s drinking tea.

Herbal teas can help naturally treat UTIs. However, drinking tea isn’t necessarily a cure. And it certainly doesn’t eliminate the root cause of UTIs.

Tea might be better for your immune system than antibiotics. But it’s better if you understand the root cause of UTIs. So let’s briefly discuss them. Then, we’ll review the best tea for UTI….

Xenoestrogens can also lead to UTIs. Xenoestrogens are man-made chemicals that can mimic estrogen. Plastic with the chemical, BPA, is one example. Xenoestrogens battle with natural estrogen in the body. Too many of these synthetic estrogen-like compounds lower progesterone.

A lack of good gut bacteria is another root cause.  What causes a lack of good bacteria in the gut? Taking too many antibiotics. Eating a lot of sugar can also lead to a UTI. Yeast loves to feed on sugar. The yeast colony can multiply when feeding off of it. Excess yeast can produce too much of the bacteria species, Candida Albicans. Everybody has some candida in the gut. But it’s all about balance. If there’s too many candida microbugs, UTIs can occur.

Try to avoid all sugary foods and drinks. Ditch anything with added and fake sugar. Limit your sweets to fruit. Use natural zero-sugar sweeteners. Stevia and Monk Fruit extract are examples. Also watch your alcohol intake. Prone to UTI’s? Then cut back on the alcohol. Have no more than a glass of low carb wine. Try to avoid beer. If you can’t resist beer, drink a low carb beer. In addition, take a kidney and liver support supplement. Also take a high-quality probiotic.

And make sure to regularly drink tea for UTIs.

One of the best teas for UTI is parsley tea. According to traditional Chinese medicine (TCM), parsley is a kidney and liver tonic. A tonic is strengthing. Parsley is also a diuretic. Diuretics promote urination. When you have a UTI, you need to eliminate more regularly. When you go #1 (and #2) more often, you excrete toxins.

Your kidneys are part of your urinary tract. They help filter toxins. In addition, the kidneys play several other key roles. According to TCM theory, kidneys provide energy (Qi) to the other organs. It also relieves blood and Qi stagnation. Think of stagnation as a swamp. Liquid is moving very slowly. Nutrients can’t move freely. And toxins get trapped in the tissues.

But parsley resolves this stagnation. Moreover, it stops pain due to blood stasis. Stasis means the blood is worse than stagnant. It’s basically at a standstill. And furthermore, parsley is used in TCM for blood clots in the uterus.

In this study, parsley was used in a remedy with other natural supplements. The research shows that apigenin, the main constituent of parsley, promotes urination. The study concludes it’s an essential treatment of UTIs.

Another best tea for UTI is ginger. To examine why, let’s once again look at the kidneys according to TCM theory. The kidneys are the source of Yin and Yang. You might know that Yin and Yang are balancing energies. The kidneys balance warming and cooling in the body.

What does this have to do with ginger tea? Again, the kidneys are part of your urinary tract. Ginger helps your kidneys operate efficiently.

And research seems to support ginger tea for uti. This study concludes ginger and a prescription vaginal cream together work effectively. In fact, more so than the vaginal cream alone. Especially in patients with vaginal candida overgrowth.

Another study on ginger says it’s an excellent fungus killer. Yeast is a fungus. The researchers conclude that ginger has a place in antimicrobial therapy.

Chamomile tea is perhaps the most popular herbal tea. It can help you relax. In fact, some people drink chamomile tea to fall asleep. In folk medicine, chamomile tea has many other uses. From stopping fever to flatulence. It’s used more rarely, however, for UTIs. Nonetheless, chamomile may in fact be a best tea for UTI.

This research shows drinking chamomile increases antibacterial activity.  And consider this other study. It says chamomile relieves stress. For example, it decreases blood pressure significantly. This reinforces chamomile for relaxation. The researchers conclude these actions increase urination. Which, of course, is good if you have a UTI.

Last but not least, peppermint is also a best tea for UTI. This study shows peppermint can help the kidneys function better. In fact, there’s an antibiotic that’s frequently used for UTIs. It’s Gentamicin. However, Gentamicin can actually cause kidney damage. Therefore, peppermint tea may be better for UTIs than antibiotics.

Furthermore, there’s also research that shows peppermint can fight a specific bacteria. This bacteria is enterobacteria. Enterobacteria causes UTIs. But there are a couple other herbs which are even better than peppermint. Or so says this study. Spearmint is one of them. However, peppermint is closely related to spearmint. In fact, peppermint is a hybrid of spearmint and watermint.

There are other herbal teas that may offer relief from UTIs. Dandelion tea and horsetail tea come to mind. And cranberries have long been a natural remedy for UTIs. So drink cranberry tea. There’s also juniper berry tea. And marshmallow root. But don’t assume roasting marshmallows at a campfire will cure UTI!

Have you tried tea for a UTI? Comment below…. 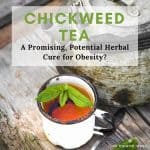