↑
You are here: Home / Natural Remedies / Naturopathic Approaches / What are the best natural antibiotics to kill bugs?

Having nightmares about superbugs? No, not really big insects but infections that antibiotics can’t kill? Then take a look at some of the best natural antibiotics.

Let’s say you’re enjoying a great vacation in a tropical, developing country.But on the way home, you make a bad choice.

At the airport, while waiting for your flight home to board, you buy sushi. It’s risky to eat raw fish in a country with subpar sanitation. But on top of that, you decide to wait until you’re hungry to eat it.

A couple hours go by before you eat the sushi.Then, about a week later, funky stuff starts happening in your belly.

Not only did you hitch a ride back on the plane. So, too, did some intestinal parasites.

Want to kill the harmful bacteria? What’s the best natural antibiotic for an infection?

Or, should you use a prescription?

They have been used since the 1940s. And since then, they have dramatically lowered the rates of serious illness from highly contagious diseases. As well as death.

But there’s a dark side to them.

Each year in the United States, at least 2 million people become infected with bacteria that are resistant to antibiotics.

Over 23,000 people die each year as a direct result of these infections. [SOURCE]

WHY AREN’T ANTIBIOTICS WORKING AS MUCH?

One reason is doctors prescribe them too frequently. It’s happening less often because of “superbug” awareness. Yet antibiotics are still prescribed for conditions that don’t warrant it.

Cold viruses are just one example.

If you drink more and more alcohol each day, eventually you’ll have a higher tolerance to it.

Harmful bacteria essentially have built up their tolerance to antibiotics.

The short answer is maybe.

Doctors have to prescribe the correct course of drugs for a certain disease. Likewise, even the best botanicals might not work for everybody.

However, researchers say in this article in Chemical Review that they do in fact work.

They have been around “since the golden age of antibiotics of the mid-20th century.”

And because of the superbug epidemic, the researchers propose:

“The development of new antibiotics around proven natural scaffolds is the best short-term solution to the rising crisis of antibiotic resistance.”

And this research says that plant medicine has doubled our life span during the 20th century. In addition, they have reduced pain and suffering. In short, medicinal herbs have revolutionized medicine.

The researchers argue that since the 1970s, modern medicine has struggled to produce new, useful antibacterial drugs.

As a result, many of the major pharmaceutical companies have abandoned this specific field.

For these reasons and more, plants that kill bad bacteria are becoming increasingly popular.

WHAT IS A NATURAL ANTIBIOTIC?

Specifically any part of a plant (flower, stem, leaves, etc.) that has medicinal substances.

And the compounds in these plants are clinically-proven to kill bacteria.

Therefore, most studies on herbal supplements are too small. Or, they test animals, not people.

It occurs when the bacteria in your gut camps out in the small intestine.

Bacteria, in a healthy person, lives mainly in the large intestine.

The exact number of people with SIBO is unclear. However, it’s most likely at least fairly common.

Symptoms include abdominal discomfort, cramping, bloating, flatulence, and diarrhea. And these symptoms can be worse after eating a meal.

SIBO treatment usually involves a prescription. However, the success rate isn’t that effective.

Moreover, people who take the medication might not be able to tolerate the side effects. Not to mention it can be expensive.

Add to these facts that most health insurance plans won’t cover it.

It’s for these reasons that researchers in this study wanted to explore the best natural antibiotics for SIBO.

The results are promising. The researchers conclude herbal therapy works. In fact, it can provide the equivalent results as a triple course of the most common conventional drug.

So what were the best natural antibiotics?

There were four herbal preparations. They are:

(To see the botanical parts and dosages used in the study, click here.)

Colloidal silver can help. According to this study, silver works against many types of bacteria.

Grapefruit seed extract (GSE) is also one of the best options. It also kills viruses and fungi.

This preliminary data suggests GSE is just as good as topical antibacterials.

In addition, goldenseal also is a bacteria killer. It’s a common cold and flu remedy as well.

If only you could eat sugar and have it kill harmful bacteria.

In a way, you can. With honey. Especially if it’s the New Zealand variety, Manuka honey.

The conventional treatment for urinary tract infections (UTIs) is a prescription. But the problem with these drugs is it kills not only the harmful bacteria. They kill the beneficial as well.

In the case of UTIs, instead of nuking your gut, try taking d-mannose powder. It’s a sugar. (See, another example that not all sugar is bad.)

But d-mannose does not behave like regular sugar in the body. It prevents bacteria from sticking around the urinary tract.

And according to this study, it works.

So, too, does garlic oil. An article about garlic in Medical Hypotheses says it can neutralize harmful bacteria.

One of the most harmful things you can do for your health is wash your hands with synthetic antibacterial soap.

Many of these commercial soaps use dangerous chemicals. These chemicals disrupt your hormone balance. And, they can cause cancer.

Triclosan used to be one of them. Thankfully, it was banned by the FDA. However, makers of synthetic soap use other toxic chemicals.

If you want to prevent bad germs from spreading, learn how to make your own natural antibacterial hand soap. It contains the following essential oil mix:

In conclusion, if you’re really sick, see a doctor. If you are diagnosed with a bacterial infection, you have a choice:

Take conventional drugs. And hope that it’s not resistant to superbugs.

Or, you can visit a functional medicine doctor. He or she might recommend the best natural antibiotics. 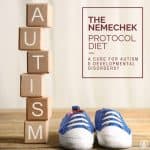 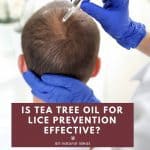 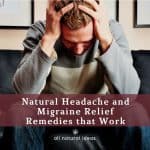